NameDAO is a project focusing on empowering people around the world to build culture-first, identity-based DAOs, and collectively produce public goods projects that deliver social impact while having a regenerative economy model. Below is how to join and manage a DAO. Note that as the DAO progresses in the future, the tips written below are subject to changes. We have also prepared other detailed documents in the Notion Wiki.

A DAO must have at least 100 eligible members (see below for criteria) to be officially recognized. We will inaugurate a few DAOs for people to join in the beginning.

To become a DAO member, one must satisfy the following criteria: 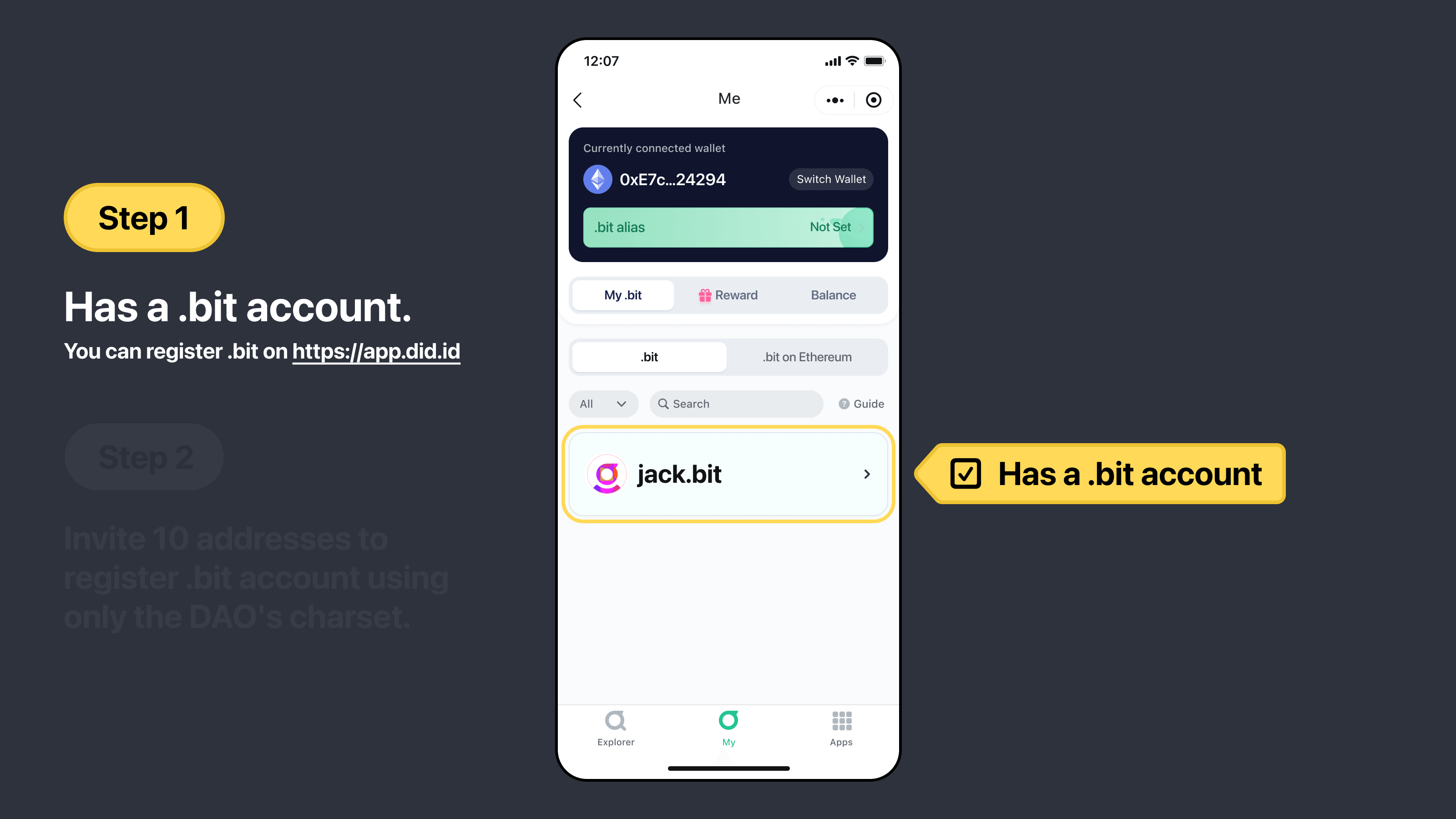 e.g. jack.bit wants to be a member of DigitDAO, he/she has to invite 10 addresses to register a .bit account using only characters from digits (0-9), such as 0000.bit. A mixture of digits and language characters/emojis is not accepted. 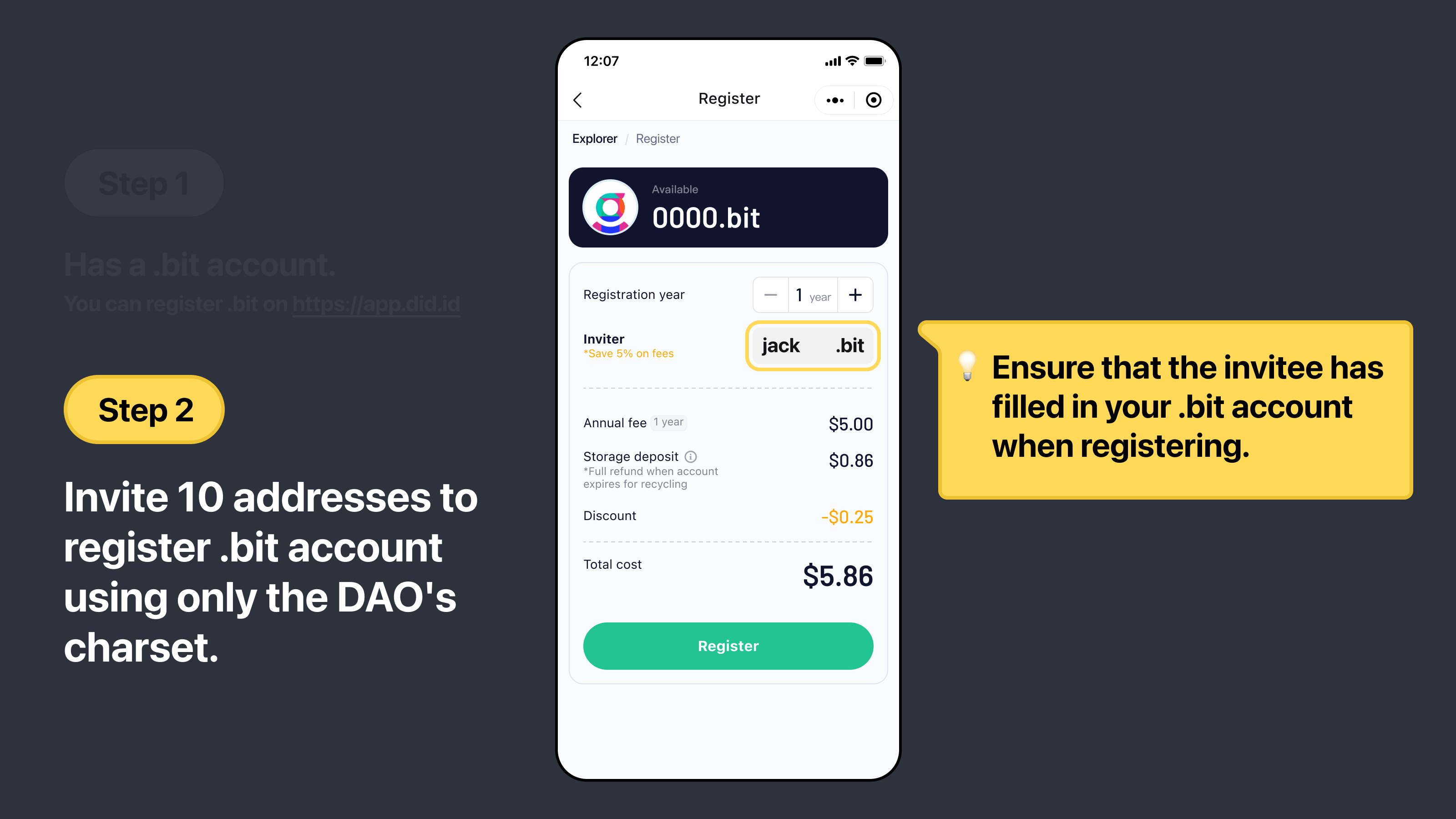 DAO should have a team dedicated to the governance issues. This group of people are DAO Mods.

Each DAO should hold a general polling session to come up with the DAO Mods. The community can decide on the total number of DAO Mods.

For a proposal to take effect, it must satisfy the following criteria:

A 2/3 majority vote with at least half of the community voting for this topic, is required for the result to be officially recognized.

As the Covenant states, proposals that impact the whole DAO need to be passed through a general voting procedure. Each DAO member has one voting power.

It is suggested that proposals should be voted on by a two-thirds majority, with at least half of the DAO members voting for them.

We suggest using the sesh bot for voting. Note that if the DAO has its own preferred voting tool, it can always change that by drafting a proposal.

Publish your proposal on Discord's poll channel using the sesh bot, by typing !poll in the chatbox.

You can always use this web interface to create polls as well.

Proposals are recommended to follow the proposal guidelines set in the Notion wiki, and members can discuss the proposal in detail on the server's #poll-discussion channel.

We recommend using Discord as the main communication tool. Examples of these servers have already been established and can be found on our website. You can get the server template here.

In the template, we have included 4 main functions.

Notion is a powerful tool to publish and manage documents, and also can be used as the center of task/project coordination.

We already made a wiki template for you, which can be found here. You can press the "Duplicate" button on the top right to make one for the DAO.